Professor Karel van Wolferen talks about America’s addiction to having enemies, for unlimited control and fullspectrum dominance, braindead Europe, journalistic selfcensorship and other crucial geopolitical facts not covered by the mainstream media.

Karel van Wolferen was born in Rotterdam in 1941. He is emeritus University Professor for Comparative Political and Economic Institutions at the University of Amsterdam. This position was created with the aim of stimulating novel forms of inquiry transcending established academic disciplines. He is currently engaged in writing a book for simultaneous publication in Europe on the consequences of current American foreign policy, and the necessary formation of a collective European political voice for the preservation of stable and peaceful world order. His longer term project entails a study on how flawed political and economic theories block a better understanding of the realities in the post-Cold-War world, and how knowledge of Asian institutions can help us discern these realities.

Professor van Wolferen has been active on behalf of journalistic causes, and served as treasurer and president of the Foreign Correspondents Club of Japan. He has written extensively about the Japanese political economy, and its conceptual challenges to orthodox economic thought. He specializes in the dynamics of Japanese political institutions, theory and practice of globalization and contemporary capitalism, and the re-examination of fundamental economic concepts. In recent years he has written extensively on the changed role of the United States in world affairs, and has advocated that Europe and the East Asian region develop a new truly post-Cold-War diplomacy to cope with common problems. His articles and essays have appeared in The New York Times, Foreign Affairs, The National Interest, The New Republic, The Washington Post, Le Monde, The Los Angeles Times, Die Zeit (Germany), Chuo Koron (Japan), Bungei Shunju (Japan), Gazetta Slovo( Russia) and numerous other publications.

Professor van Wolferen’s book ‘The Enigma of Japanese Power’, which has been translated into twelve languages, is generally considered to provide the most elaborate intellectual support of what has been called the “revisionist” view of Japan. His analysis is well-known and appreciated among the most prominent reformist politicians of Japan. He has gained a large Japanese readership with some sixteen books (with a total of well over a million copies sold), on political, economic, and historical issues relating to Japan as well as on problems of political change and global compatibility among economic system

Donate Café Weltschmerz, we really need your help! Click Here!
(Disclaimer: We pay tax on your gift in the Netherlands) 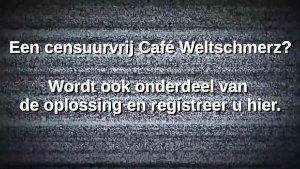 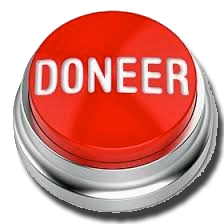